Home » About Us » Blog » Propane: The Earth-friendly Choice 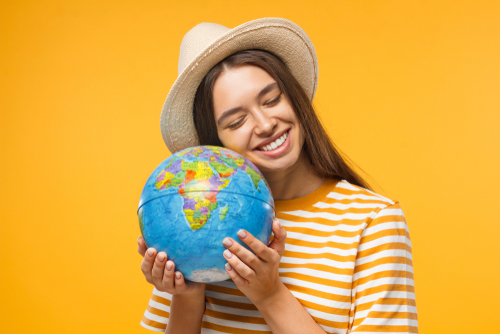 Thanks to the activism before and after the first Earth Day, laws like the Clean Air Act and Clean Water Act were created, which aided in the reduction of air and water pollution in the United States.

Despite the fact that remarkable achievements have been made, serious issues persist. Our water is under siege from waste, exemplified by the two huge garbage islands in the Pacific Ocean. Deforestation has caused devastation on a global scale in the form of soil erosion and the loss of trees that convert carbon dioxide to oxygen.

The risk of climate change-induced damage is increasing. We’re seeing more, and stronger, hurricanes. Here in the Northeast, there’s an increase in intense winter storms and nor’easters. Antarctica recently had a heatwave that sent temperatures soaring 70 above normal. The Conger Ice Shelf, approximately the size of New York City, sheared off Antarctica and collapsed into the South Ocean in March.

However, there are things we can all do to assist the environment, such as recycling, composting, and switching to LED light bulbs. You’ll also help the environment with clean-burning propane in your house thanks to dependable propane delivery from Hometowne Energy.

Propane has several advantages for the environment. It is a domestically produced commodity. More than 90% of our propane supply comes from the United States. Propane was recognized as an alternative fuel under both the 1990 Clean Air Act and the 1992 National Energy Policy because of its clean-burning.

Here are three other ways propane is good for the environment.

The combustion of propane generates about half the amount of greenhouse gases as the electricity production process to produce the same amount of energy. Propane is also lower in carbon than other fossil fuels such as gasoline, diesel, kerosene, and ethanol.

A reduction in energy consumption leads to less carbon emissions. Propane helps you reach that goal! Propane appliances use far less electricity than comparable electric ones. When compared to a similar water heater that is powered by electricity, a propane tankless water heater may save you up to 50% on operating costs. A propane clothes dryer saves energy by getting laundry dryer 25% faster than comparable electric dryers.

Propane is safer for the environment

Propane is non-toxic and does not seep into the ground in the event of a propane leak. It simply dissipates into the air. Leaked propane will not harm water, soil, air, aquatic life, or plant life.

Become a Hometowne Energy customer and get reliable delivery of clean-burning, environmentally-friendly propane!